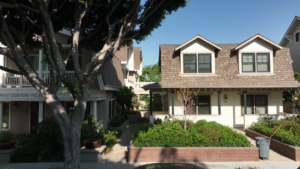 The US housing market is in the midst of a major shift. After two years of stratospheric price appreciation, home prices have peaked and are on their way back down.

But what homebuyers and homeowners alike want to know is: How much lower will prices go?

The short answer: Prices are likely to drop further, but not by as much as they did during the housing bust. From the 2006 peak to the 2012 trough, national home prices fell by 27%, according to S&P CoreLogic Case-Shiller Indices, which measures US home prices.

“It was different in 2008, 2009 because that drop in prices was because of a push from sellers,” said Jeff Tucker, senior economist at Zillow. “Because of foreclosures and short sales there were a lot of extremely motivated sellers who were willing to take a loss on their homes.”

Plus, that housing crash came at a time when the inventory of homes for sale was four times higher than it is now. Current inventory is still substantially lower than pre-pandemic levels, which has increased competition for homes. And that is keeping prices relatively strong.
house for sale STOCK

How much house can I afford?

“I would be surprised to see prices anywhere drop below where they were in 2019,” said Tucker. “There was some overheating in the housing market in 2021 through this spring that pushed prices higher than what the fundamentals would support. Now they are coming down.”

With mortgage rates more than doubling since the start of this year, the calculations for a homebuyer have changed considerably. The monthly principal and interest mortgage payment on the median priced home is up $930 from a year ago, a 73% increase, according to Black Knight, a mortgage data company.
How low will prices go?
Mortgage signing – stock

What will my monthly mortgage payment be?

When you factor in soaring mortgage rates, along with elevated home prices and wages that aren’t increasing as fast, buying a home is less affordable now than it has been in decades, according to Black Knight.

But there may be some relief in sight for buyers.

Economists at Goldman Sachs expect home prices to decline by around 5% to 10% from the peak hit in June.

Wells Fargo has recently forecasted that national median single-family home prices will drop by 5.5% year-over-year by the end of 2023.

Wells Fargo’s economists estimate that the median price for an existing single family home to be $385,000 this year, up 7.8% from last year, but the growth will be a lot less than the 19% year-over-year increase seen in 2021.

“The primary driver behind the housing market correction thus far has been sharply higher mortgage rates,” the Wells Fargo researchers wrote. “If our forecast for Fed rate cuts is realized, mortgage rates are likely to fall slightly just as cooling inflation pressures boost real income growth. A modest improvement in sales activity should then follow, which will reignite home price appreciation heading into 2024.”
Location, location, location

Ultimately, how much prices fall will depend on where you live.

Unlike the run-up in prices during the pandemic that caused home values in markets across the country to surge, the cooling off will be more regional, said Tucker. The drops will be more deeply felt in places where there were larger gains during the pandemic, many of them in the West and Sunbelt, including cities like Austin, Phoenix and Boise, he said.

“Nationally, we might see a 5% decline from the peak,” Tucker said. “But prices will decline by more in the West and there will be a smaller decline in the Southeast.”

In September, month-over-month home prices dropped in several pandemic hotspots, including Phoenix, down 2.3%; Las Vegas, down 1.9% and Austin, down nearly 1%, according to Zillow.
A “Sale Pending” sign outside a house in Morgan Hill, California, U.S., on Tuesday, Oct. 4, 2022.

US home sales fall for 8th month in a row in September, the longest slump since 2007

And Boise, Idaho, where prices surged nearly 60% during the pandemic, is already seeing annual declines, with prices falling 3.9% year over year in September, according to Zillow.

“A number of metro areas, especially in the West, will see some year-over-year price declines this spring,” said Tucker. “That will be the worst comparison time because that’s when many markets reached their peak.”